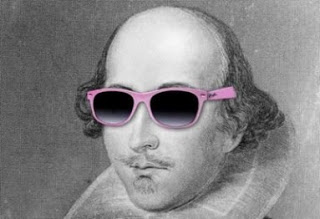 “What’s in a name?” Image via Nameberry

I’ve finally found a blog name that I like! Since kick-starting the blog a few weeks ago, I’ve been wanting to change the name of the place my posts call home. I wasn’t happy with the former “Cultural Moments” because I didn’t feel it encompassed the true nature of what I’m trying to accomplish here – that is, a place for posts on everything from research methods, business and consumer culture, to social issues, current events, and, of course, anthropology.

So, I chose a very plain and simple “Amy’s Blog” as a temporary placeholder until my figurative “light bulb moment” took place. And it has, after many months of thinking about it. While discussing this quandary with a friend, I recalled this one time I was in a bar in Memphis, TN, where I went to grad school. I was talking to a friend of a friend, some guy I had never met before that evening, about what I was studying in school. It piqued his interest when I told him I was (or was about to officially become, after graduating) an anthropologist. In a drunken, excited response, he exclaimed:

Unless they have an idea, people usually (and often sheepishly) admit that they don’t know what anthropology is, or if they think they do, they respond with a question like “Oh, so you dig up bones?” (or some variation involving bugs, dinosaurs, archaeology, etc.). But I had never heard this one before. I sensed that he figured I was some sort of mix between a psychologist and a fortune teller. I could have had some fun with him, but instead I explained that it wouldn’t be that simple, and took our conversation in a different direction.

Recalling this story always gives me a nice laugh. I feel that “Anthropologizing” really fits with the open-ended, “mixed bag” approach I take to writing, while hopefully making it clear that it’s going to have something to do with anthropology. The words “anthropology” and “anthropologists” mean all kinds of different things to different people, so it’s sort of a catch-all term. For me, it really just comes down to thinking about what’s going on in the world through an anthropological lens, which is an indelible part of my personal and professional identity.

Problem solved, thanks to some good, old fashioned storytelling. And so, welcome to Anthropologizing!