Peeps Magazine is an independent magazine that delivers stories from around the world written by anthropologists immersed in different cultures to bring new perspectives and experiences to your door.

Greg Salmela, communications and magazine designer at Aegis Design, leads a team of creative professionals to produce Peeps Magazine: “We’ve worked with applied anthropologists and photographers in the corporate world, and we realized that they were doing interesting research that needed to be shared with more than academics and corporate executives. We knew that we were not the only passionate readers looking for stories rich in lived context. So we started Peeps, a forum for people interested in people, bringing insights from the human sciences to people interested in an understanding of the world based on cultural context rather than events.”

What started as a series of TED Talk-like presentations gave way to an active and exciting online forum and now a full­y fledged independent magazine. On May 11, Peeps went live with a Kickstarter campaign to establish funding for Issue One to go to print.

This publication will be the first of its kind to offer the insights and stories of anthropologists and human scientists in a popular format alongside world ­class photojournalism, illustration and stunning design. “Peeps Magazine features the kind of content I have been looking for and haven’t been able to find. As an academic, a writer and reader I know that Peeps Magazine sets a high bar for interesting, original content with engaging narrative that piques the imagination and is still accessible,” says Peeps Magazine Editor Aliah El­houni. 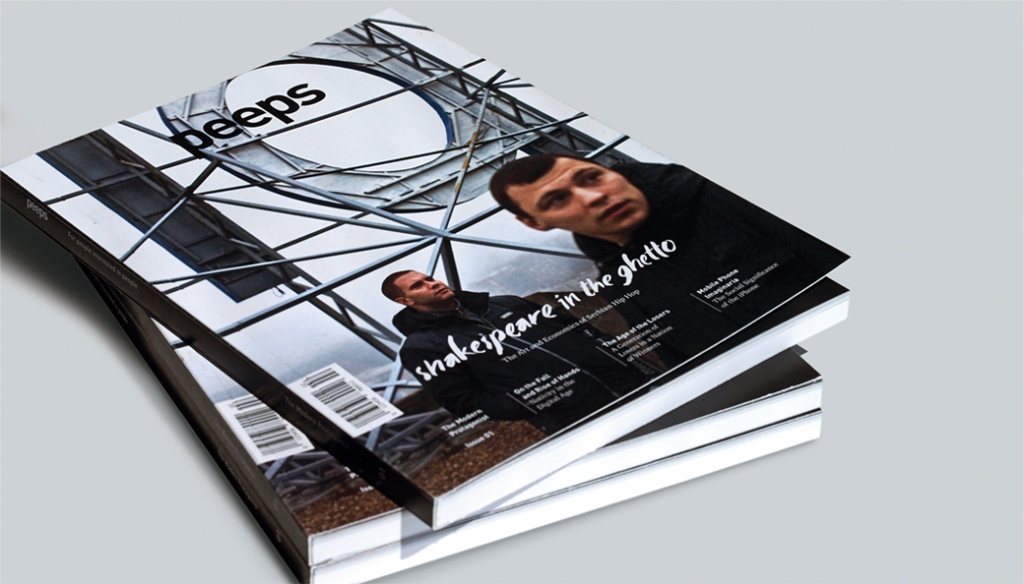 Issue One is entitled “The Modern Protagonist.” It looks at how technology has become a central figure in the growth and development of modern culture. I​t includes feature stories on hip hop culture in Serbia, the mobile phone culture of India and the “loser” generation in China (the daosi), as well as many supporting stories exploring, among other subjects, the rise of “digital” performances, the overlapping of virtual and physical relationships, the changing nature of labor in the digital age, and the growing potential of big data. All of these stories are written by anthropologists and human scientists immersed in the subjects from all around the world. Each story is paired with strong visual media created by talented photojournalists and illustrators equally interested in people and culture. The result is a visually stunning literary experience.

With an eye to Issue Two, The Peeps team is set​ to explore the changing understandings and interpretations of beauty in cultures around the world. It promises to deliver a fresh and insightful look at the cultural context of beauty that will be unlike any beauty issue ever seen before.

I’m excited about Peeps because of its guiding mission to bring anthropology from behind the walls of academia and the private sector into the public in a way that is accessible, enjoyable and visually appealing. I look forward to seeing what kind of stories are reported, what kind of anthropologists are involved, and the approach that is taken to accomplish this goal.